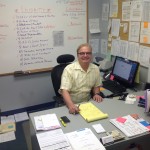 On June 3, 2015 the Branch held a luncheon in honor of 16 retirees who have been union members of Branch 157 for 50 years. That’s right. For a half-century these individuals have demonstrated an astonishing commitment to the beliefs and principles that serve as the very cornerstone of what our great union stands for.

These sixteen honorees have never forgotten the good that “Unions” have done for this country and the respectable work they continue to do.   Fifty years ago, nearly 30% of workers in the United States belonged to a union.  Today, that number is close to 10%. As a result, wages for the average worker is stagnant. The gap between the “haves” and the rest of us has never been greater. Do you think the income inequality that currently exists has a direct correlation to the decline in union membership? You bet it does.

It is important to remember and to salute these honorees because if it weren’t for their efforts, we would not have protection for workers who suffer an injury on the job. (OWCP) OSHA would not exist. The Fair Labor Standard Acts, which guarantees overtime wages for work over 8-hours in a day, would be just an entry on worker’s bucket list.

In closing, I just want to say “Thank You” to those 16 heroes that paved the way for a better life for you, me and especially for our families. God bless you all.