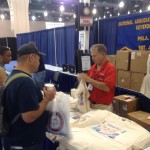 WOW, what a week.

During the entire week, your Officers and delegates were approached by and spoke with many of NALC delegates from around the country who expressed their appreciation for Branch 157 hosting the Convention. They also commented on their enjoyment visiting the City of Philadelphia, from the Reading Terminal to the Art Museum. The Liberty Bell to Pat’s and Geno’s in South Philadelphia.  In fact, while having dinner with my family, we ran into some delegates from Louisiana who were looking for a barbecue spot and ended up at Sweet Lucy’s Smokehouse in the Northeast. 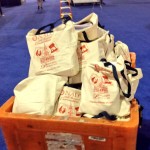 To all those who volunteered to stuff the convention bags on the Thursday before the convention, Thank you, thank you, thank you.  Those volunteers, who were from other Branches, retirees’ or who were friends or family of letter carriers, worked long and hard that day as 8-thousand delegate and 12-hundred NALC Auxiliary bags needed to be filled with various books, reports, guides, etc.

And I would be remiss if I failed mention the work put in by our Branch secretary Denise, not only on Thursday, but the days leading up to and including the week of the Convention.  Great Job! 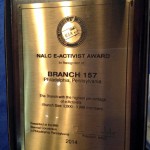 President Fred Rolando presented Keystone Branch 157 with the “NALC E-Activist Award” for having the highest percentage of e-Activists for Branches with 2,000 to 3,000 members.  A special thanks to all those who helped Branch 157 receive this award, especially Tim Mulvenna, Leo Zachwieja, Clay Smith and Ed Morgan.

Also, in an effort to raise money for MDA, we sold T-Shirts, which displayed NALC’s 2014 National Convention logo, from Sunday, July 20th to Friday, July 25th,   I am pleased to announce that almost 2,000 t-shirts were sold, resulting in over $7,000.00 raised for MDA.  I owe a big thank you to Tim Mulvenna and Bill Schneider, plus Jay Nichols and Leo Zachwieja, who just walked up and offered to help.  Without their tireless efforts, this MDA fundraising would not have been a success. 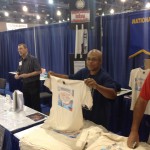 I hope all of those members of Keystone Branch 157 who attended as delegates and/or worked as Sergeant-of Arms, Drivers, and the many who volunteered, also enjoyed the convention.  For some it was the first, and hopefully not the last, National Convention they attended.

Apologizes to anyone I may have missed.  The months, weeks and days leading up to the Convention took the cooperation and help of hundreds of individuals, so thanks everyone. 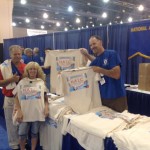 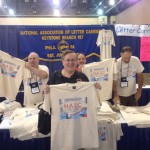 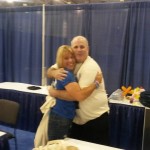