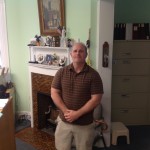 I hope all members of 157 had a healthy and peaceful summer. I’d like to take some time out to talk to the members about our political action committee (PAC) specifically the Letter Carrier’s political fund (LCPF). As a branch, we are attempting to recruit retired and active NALC members to become contributors to the fund. This fund will help ensure that those who are elected in Washington will fairly represent us on the issues that matter most to Federal workers, specifically Letter Carriers.  With the fact that Congress has final say on many aspects of the activities of the U.S. Postal Service, as well as on the compensation and benefits of Postal employees and our collective bargaining rights, we as letter carriers have no choice but to be political players as well. We would ask that all 157 members sign up for the Letter Carrier’s political fund (LCPF) and contribute $5 per pay. This is basically insurance for your future both as a letter carrier or a retiree. Please call the union hall for information on how to get started on your contribution (215-824-4800). With the political landscape constantly changing, we need to become pro-active. It is so important for our members to contribute what they can to this fund. With the recent budget proposal from President Trump, this is what all letter carriers stand to lose.

What’s at stake for you!

The average FERS annuitant would lose:

The average annuitant would lose:

That’s Your Route and Your Job!

By making a contribution to the Letter Carriers Political Fund, you are doing so voluntarily with the understanding that your contribution is not a condition of membership in the National Association of Letter Carriers or of employment by the Postal Service, nor is it a part of union dues. You have the right to refuse to contribute without any reprisal. The Letter Carrier political fund will use the money it receives to contribute to candidates for federal office and undertake other political spending as permitted by law. Your selection shall remain in full force and effect until cancelled. Contributions to the Letter Carrier Political Fund are not deductible for federal income tax purposes. Federal law prohibits the Letter Carrier Political Fund from selecting contributions from individuals who are not NALC members, executive and administrative staff or their families. Any contribution received from such an individual will be refunded to that contributor. Federal law requires us to use our best efforts to collect and report the name, mailing address occupation and name of employer of individuals whose contributions exceed $200 per calendar year. Any guideline amount is merely a suggestion and an individual is free to contribute more or less than the guideline suggests and the union will not favor or disadvantage anyone by reason of the amount of their contribution or their decision not to contribute.